He was born in Buenos Aires. He studied Singing and Violín in the Conservatory “Gilardo Gilardi” of the Silver. Then, Composition and Orchestra Direction at the Faculty of Fine Arts of the National University of La Plata, where he studied the main subjects with Ghillermo Graetzer, Gerardo Gandini and Mario Benzecry and where he also graduated with the highest marks. He also carried out refresher courses with teachers Guillermo Scarabino and Jacques Pernoo.

In 1979 he began his activity as conductor, founding the Ensemble “La Plata”. He has been Stable Conductor of the Orchestras: Symphony of the U.N. T., Juvenile of the U.N.T. (Created by him in 1985), Stable of the Province of Tucumán.

In the Teatro Colón, he first appears as a composer and then as an orchestra conductor, thus starting an international career that will lead him to lead in the United States, England, Holland, Belgium, Spain, South Korea, Greece, Portugal, Uruguay, Romania And Italy, where he has been living since 1989.

His repertoire includes works among the most representative of the symphonic and choral symphonic repertoire from the Baroque to the 20th century, as well as lyric and ballet operas such as “Aída”, “Nabucco”, “Tosca”, “Il Trovatore”, “La traviata “, ” Madame Butterfly “,” Tosca “,” The Barber of Seville “,” Elixir of Love “,” Don Pascuale “,” Magic Flute “,” Carmen “,” Don Quixote ” Carmina Burana “, etc.

In addition to the aforementioned Teatro Colón, he has performed among others at the Teatro Olimpico in Vicenza, Teatro dell’Opera in Rome, Opera House at the Seoul Arts Center, Megaron in Thessaloniki (having conducted the inaugural ceremony of this room invited by the M Leonidas Kavacos); Teatro Filarmónico of Verona, Teatro Comunale of Modena and Bolzano, and Auditórium of the Cartuja of Seville; Exhibiting with renowned soloists such as Natalia Gutman, Lyla Zilberstein, Pavel Vernikov, Katia Ricciarelli, Cecilia Gasdia, Rocco Filippini, Nelson Goerner, Luis Lima, Ana Chumachenko and Alberto Lyssi among others.

He has participated in important international festivals such as the Ravenna Festival, September dell’Accademia (Verona), Festival di Portogruaro, ‘900 ed Oltre (RE), among others.

De sde from 2011 to 2016 was Principal Director of the Municipal Symphony Orchestra of Mar del Plata.

He is currently professor at the “Claudio Monteverdi” Conservatory in Bolzano, Artistic Director of the Associazione Amici della Musica del Lago di Garda and member of the Artistic Cometee of Mahler Foundation in Bolzano. 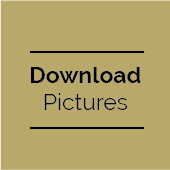